On Wednesday 27th  March Stan, Tyler, Tom, Daniel, Sheon, Chloe, Dani and Freya were at Chelmer Park for a Quicksticks mixed hockey tournament.  The event has grown immensely over the last couple of years with 31 teams taking part this year. We were competing in the 'A'Team competition against the 16 strongest teams from across the area. We played 7 games across the day, winning 4, drawing 1 and our 2 losses were only 1-0 each 😢. Everyone played brilliant hockey, there was a really great team spirit and amazing support from all the parents who braved the cold for the whole day to cheer on the children, thank you. We finished an amazing 7th overall, well done everyone.

On March 22nd 6 children from years 5 and 6 went with Mrs James to a hockey tournament at Chelmer Park.

The weather was cold but sunny and after 6 games of 4 aside mixed hockey, we finished second in our pool and progressed to the semi-final. We were beaten in the final minute 2-1 of the semi-final and finished the day 4th out of 14 teams, an outstanding result. Every member of the team played some amazing hockey and everyone got on the score sheet, with 20 goals scored throughout the day. Well done to Stan H for being our top goal scorer. Huge thanks to all the mums who came to support, your cheering, especially in the semi-final, was brilliant. Well done to Iori P, Jordan F, Asher B, Tyler W, Freya D and Stan H.

On Tuesday 20th June, St John's hockey club went to Lee Valley Hockey Centre to watch the Men's Hockey World League Semi Finals. It was a wonderful day and terrific to see adult hockey being played. The children enjoyed watching the matches, cheering the goals, getting autographs from the players and eating their ice cream! Maurice L in year 6 was also lucky to be picked as a mascot. He led the teams out of the tunnel, met the referees and shook hands with all the players - he even appeared on the TV! A fantastic day had by all. 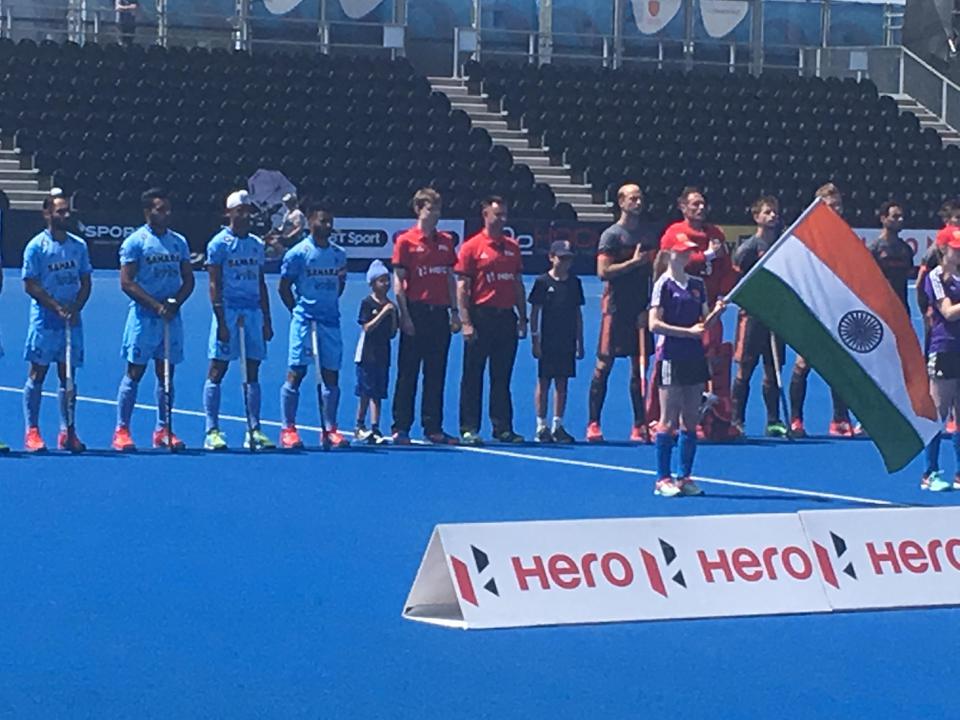 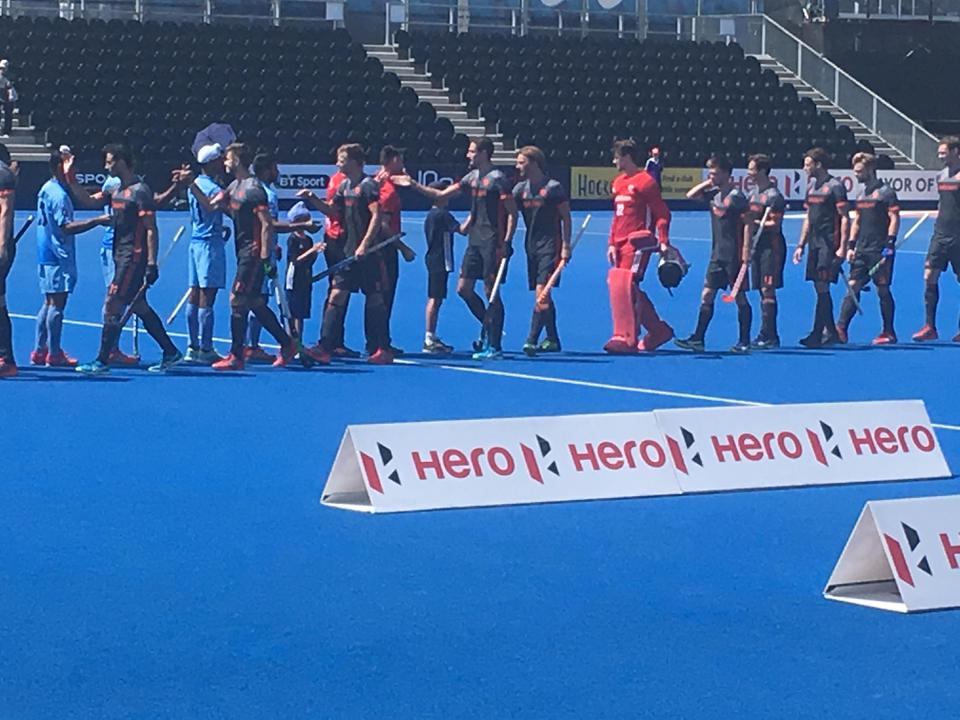 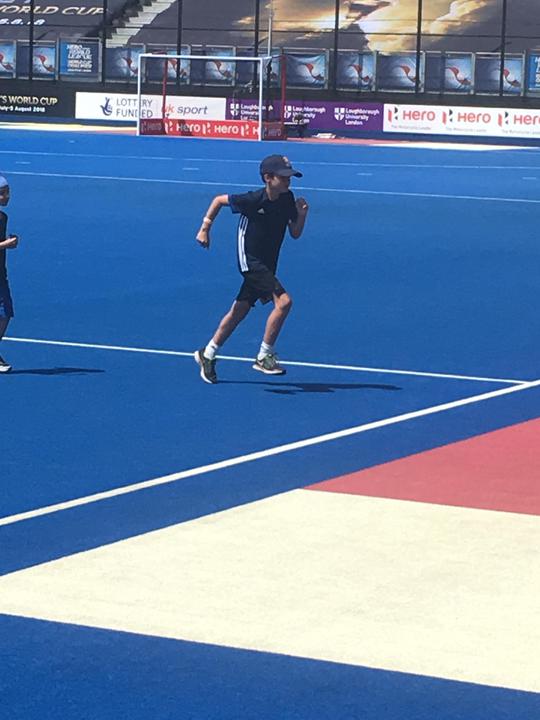 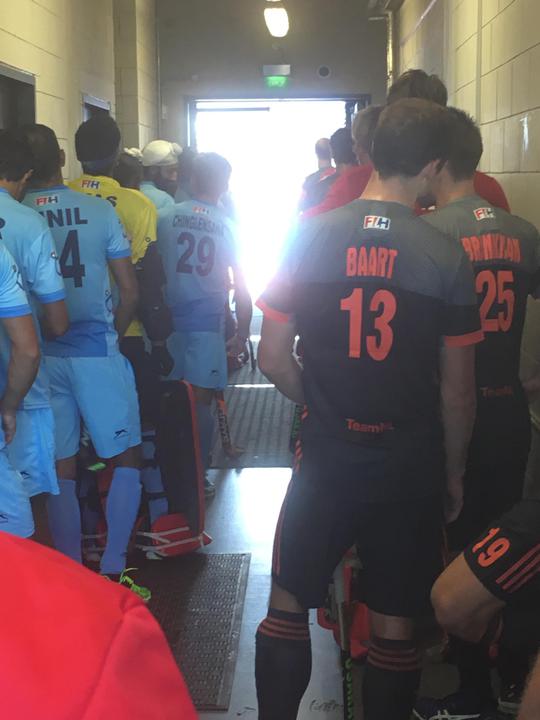 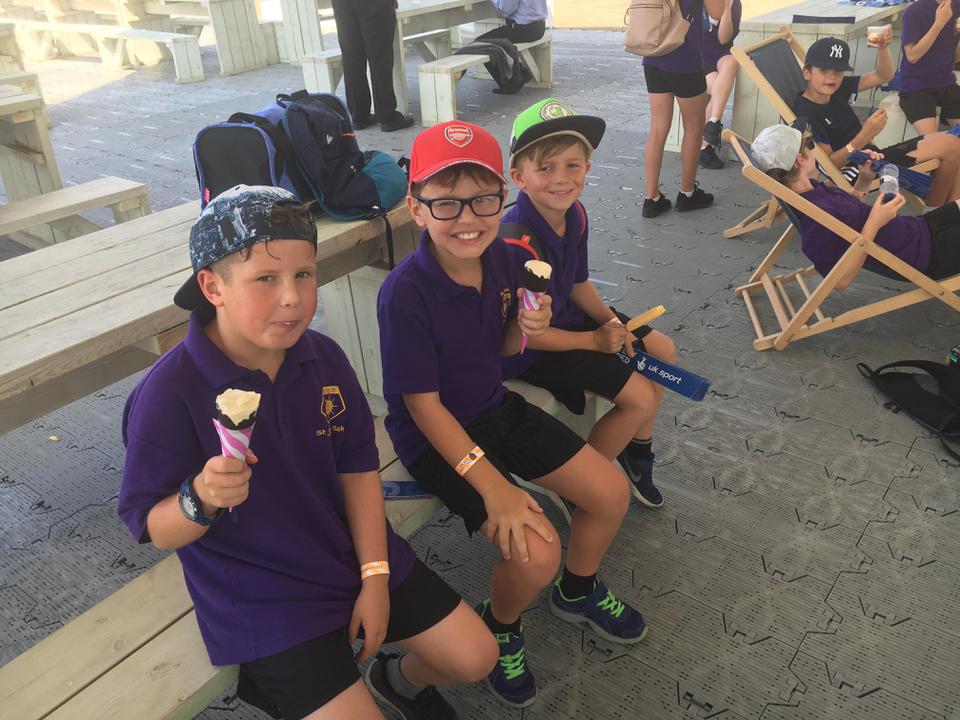 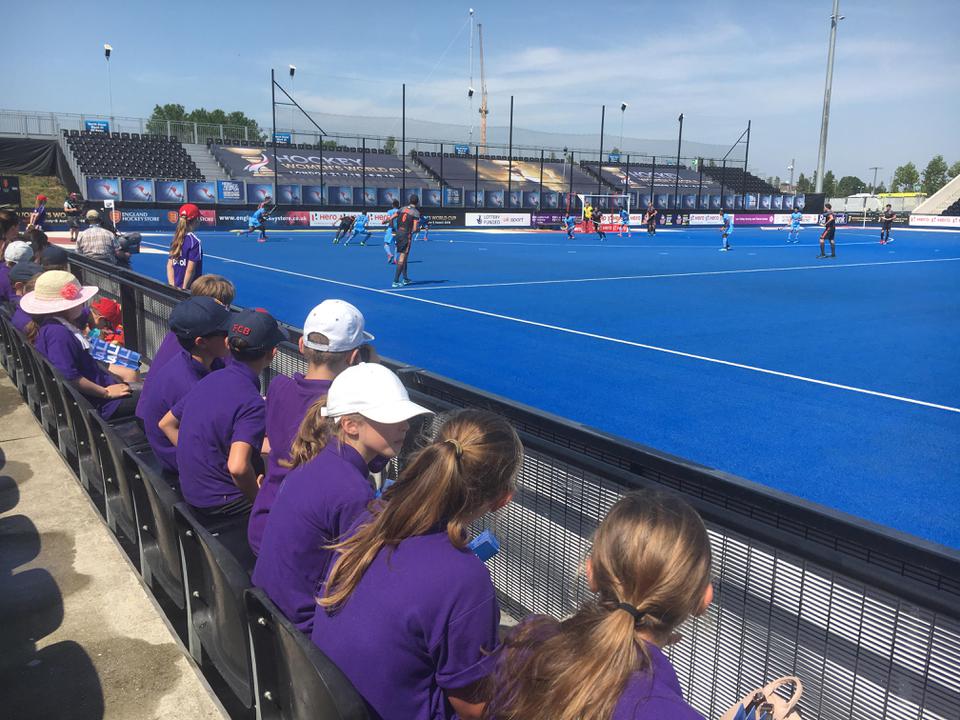 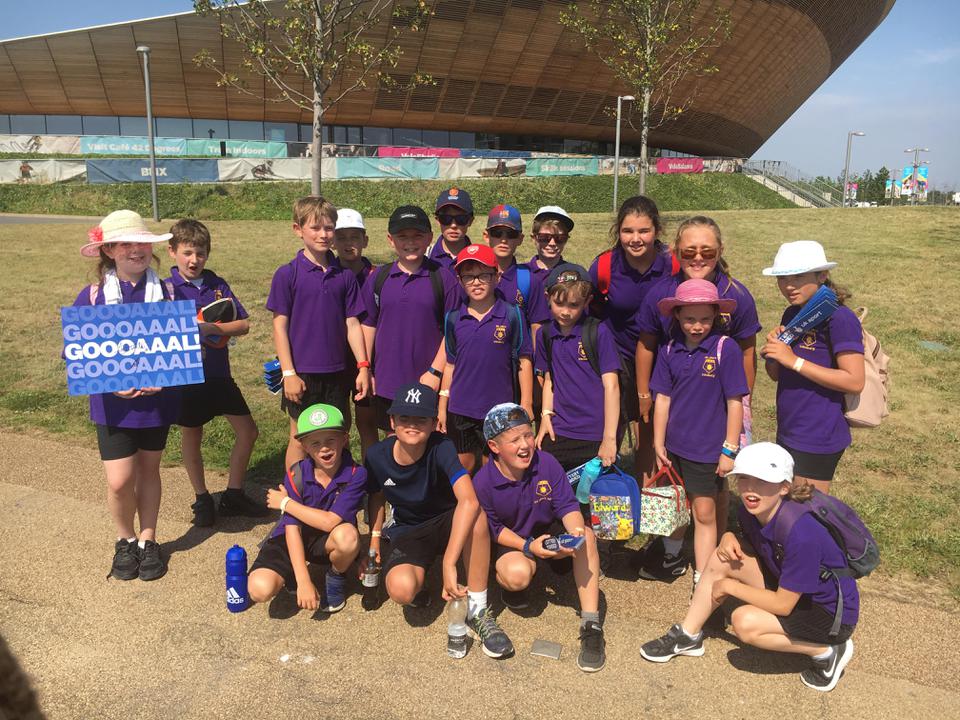 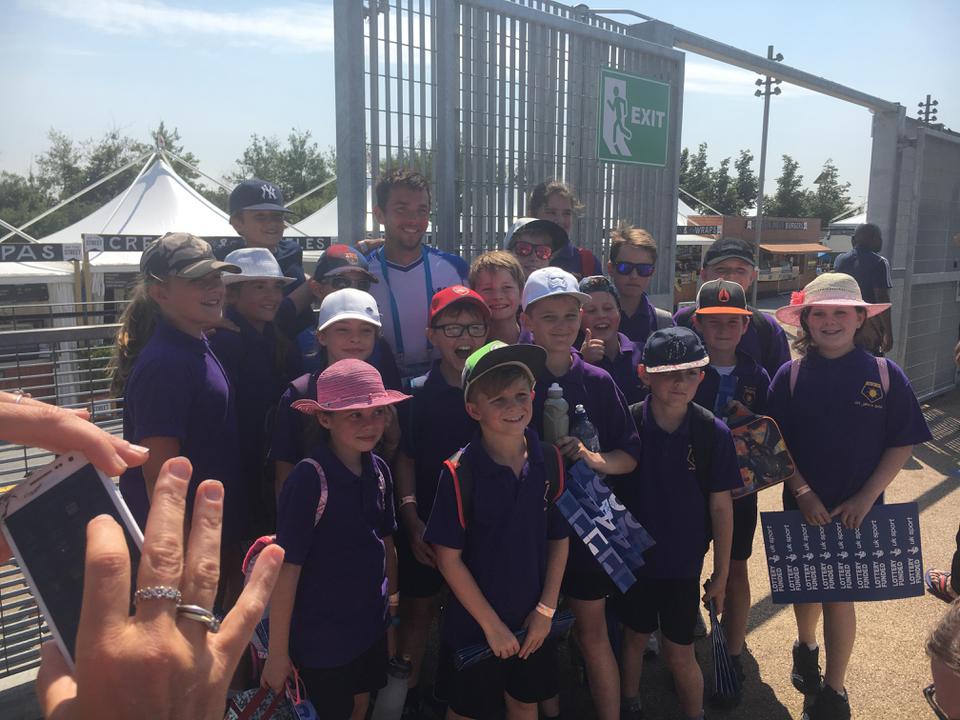 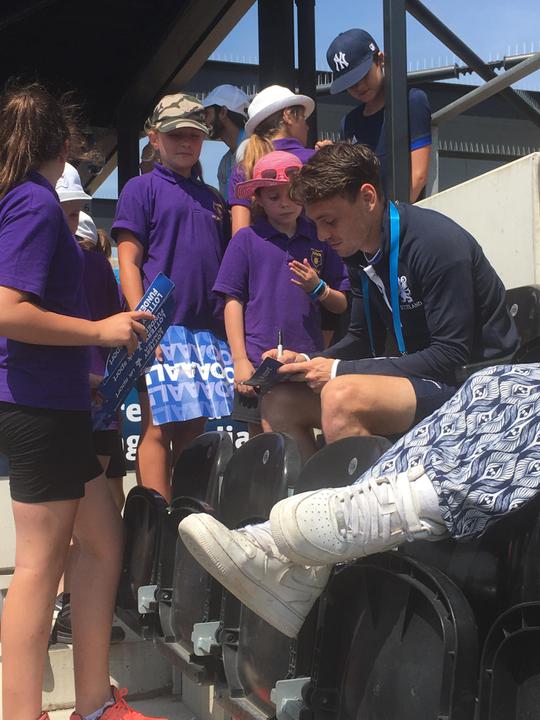 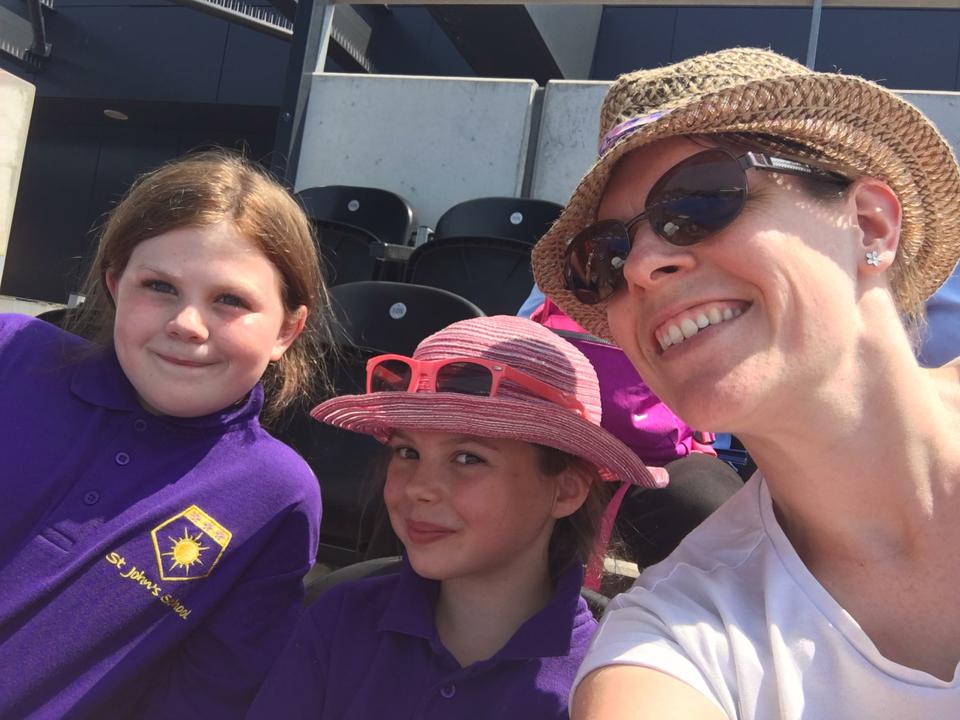 On Thursday 18thth May, eight of our children went to Lee Valley in Stratford to play a hockey tournament against 27 other schools from in and around London on the Olympic pitch (the ‘Smurf Turf’). The weather was kind to us and we started brilliantly with a 6-0 win, we narrowly lost our next game 1-0 then lost our next game 3-1 against a strong team. At this point we knew we would not make the final but really pulled out all the steps and won our last game 10-0! We had a super day, everyone played exceptionally well and there was a fabulous team spirit. We also met Rose Thomas, current G.B player, who signed autographs and had her photo taken with the children. Well done to Ben P, Maurice L, Samuel S, Jordan F, Klara G, Hermione W, Jessica K and Freya D.